Official sample projects showing some tricks are available on Wiki.

Do you want to submit your drawing? Send us an email with the project attached. 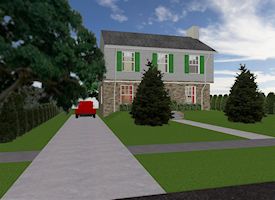 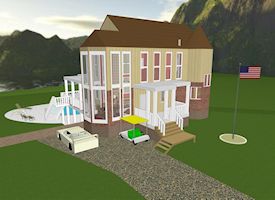 House in Řícmanice by Vladimír Břínek
v9.1 Download
The complete project of a house with garden and vicinity. 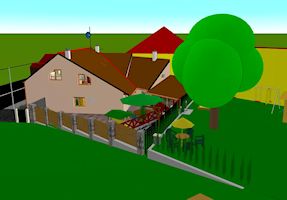 Restaurant U Lajcmanů - Řícmanice by Vladimír Břínek
v8.3 Download
Restaurant with nearby firehouse and bus stop 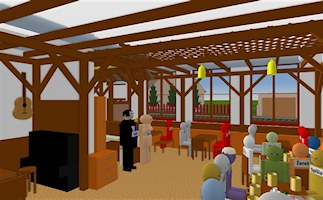 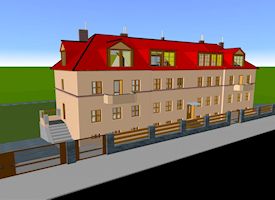 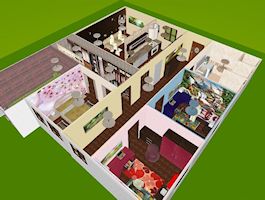 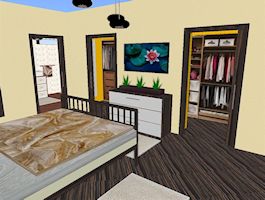 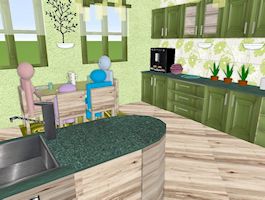 Prairie House by Wayne Camolli
v7.2 Download
The designation Prairie Style is due to the dominant horizontality of the majority of Prairie style buildings which echos the wide, flat, tree-less expanses of the mid-Western United States. The most famous proponent of the style, Frank Lloyd Wright, promoted an idea of "organic architecture", the primary tenet of which was that a structure should look as if it naturally grew from the site. Wright also felt that a horizontal orientation was a distinctly American design motif, in that the younger country had much more open, undeveloped land than found in most older, urbanized European nations. 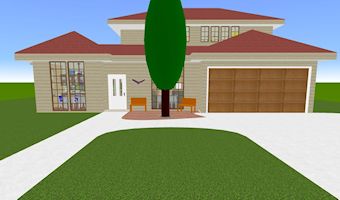 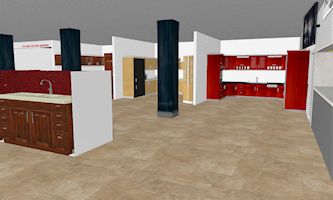 Apartment House by Wayne Camolli
v7.1 Download
The apartment converted to house, using all new features of Room Arranger 7. Walls and floors are all covered with textures, roof is made of textured polygons. Don't forget to touch the doorbell and flush in the bathroom!
You can also open windows, switch on the TV, and admire the roses made using the external VRML object. 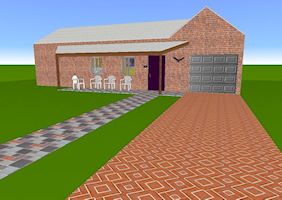 Tiled bathroom
v7.1 Download
Tiled bathroom made exactly as in the manufacturer catalog. The author used the new feature in version 7.1: tiling texture on the rectangle object. It can be seen on the bathtub, behind the shower, and line above the sink. 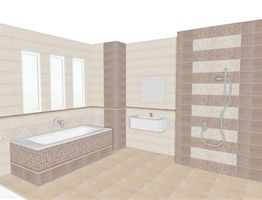 Triple Round by Wayne Camolli
v5.6.9 Download
Big project featuring house with round walls and 7 floors, and includes a 3D walk-through. 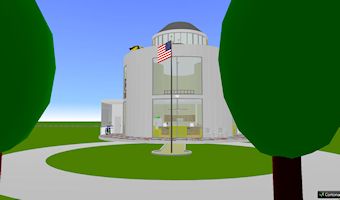 Classy House by Wayne Camolli
v5.0 Download
Classy large house with double round straircase, a lot of rooms, and garage and servant quarters in the basement. Note: there is an increbile tour set for you to explore the house in 3D (press F4). 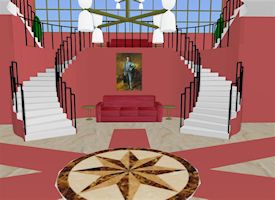 Octagon by Wayne Camolli
v5.0 Download
Multifloor octagonal house inspired by Lillian Jackson Braun's "The Cat Who..." books. Her main character, James "Qwill" Qwilleran and his Siamese cats K'ao Ko Kung (Koko for every day purposes), and Yum Yum, live in an octagonal house in an apple orchard in Moose County (400 miles north of everywhere). Note: there is an increbile tour set for you to explore the house in 3D (press F4). 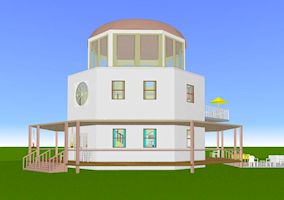 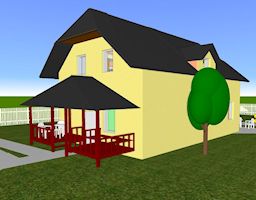 Mensa by Allez
v4.6 Download
The Eating room of the college 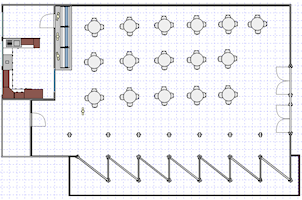 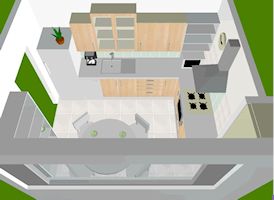 The House for Children and Youth by Kubyk
v3.9 Download
A big multi-floor building. The gym and mini-cinema are in ground floor, the hal is upstairs. There are 3 yards in the project. One with volleyball, the second serves as a recreational area, on the third one there are flowerbeds. 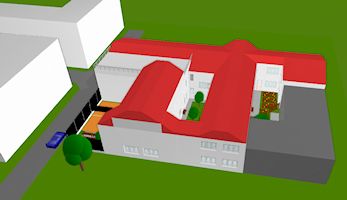 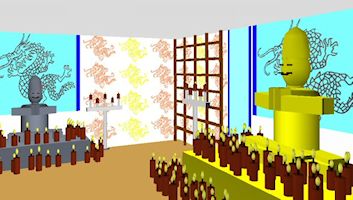 Candy store by Lukáš Hejduk
v3.7 Download
In this candy store "U modrého slona" ("Blue Elefant") you will find dessert, cakes, sandwiches, ice cream,... There are small tables in front of the store under the cloth roof and also inside the store. Toilets are are, of course, inevitable part of this project. 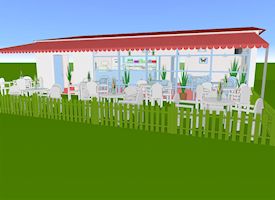 Garden by David Z.
v3.5 Download
A very nice garden with much wood and flowers. This garden has a fountain and a veranda with stairs. The garden begins with the door (back of a house). 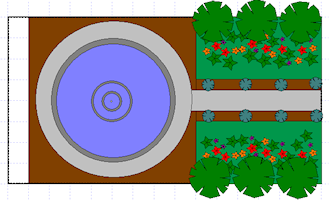